THE FIRST PAIRS SYSTEM THAT ACTUALLY INCREASES THE AMOUNT YOU CAN WIN!

One of the most popular types of bets in the Pick-3 Daily Numbers game is the PAIRS bet. Most games offer both FRONT PAIR and BACK PAIR bets, while some even offer the SPLIT PAIR bet. The odds of winning any of these formats is 100 to 1 and the average National payoff is $50.00 for every $1.00 wagered. Many of you have written to me asking whether I had developed any type of system for this type of bet, or if perhaps I would consider working on it. I have looked at this wagering format for years, but there was never really enough money to be made at it, especially with a top prize of $50.00. I recently applied the progressive wagering concept to this game and suddenly everything began to fall into place.

I discovered that if you were to take a very unique version of a compound progressive wagering schedule and apply it to the PAIR bets, you could actually work with levels of coverage that are not available when you are playing the full Pick-3 wagers. Besides being a compound progressive schedule, this system uses an overlap formula which means that the more overdue a certain pair is, the higher your overall return will be. Again, this is something that can only be applied when playing a two digit PAIR wager. 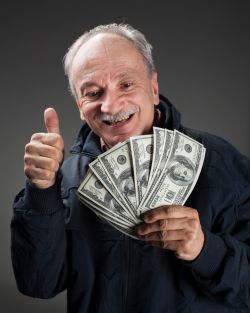 We all know that even the best progressive wagering schedule in the world cannot help you if you do not have the right numbers to play in the first place. That’s where the SUPERPAIRS system really shines. It looks at the PAIRS in the Pick-3 game in a totally new way, far more in depth than any other PAIR system I have ever seen on the market. Instead of focusing on just the most overdue PAIR in the game, this system uses multiple criteria to establish an overdue group of PAIRS every day, based not only on the actual pairs, but on the individual digits which make them up as well. This gives you a much higher level of coverage, and since your numbers change each day, you are not locking yourself into chasing just one or two PAIRS that might not be drawn for a long time. Now things get even more interesting. Since we have at least two PAIRS which we can bet on in every game (FRONT PAIR & BACK PAIR), and in some cases even three PAIRS (SPLIT PAIR), we are able to expand our coverage by introducing a TWO-STAGE or THREE-STAGE compound progressive wagering schedule. The amount of overlap you will achieve at this point is incredible, and that translates into multiple hits on the same day. It’s like playing a Pick-3 number straight, but in sections. If any section (PAIR) you are playing is drawn, then you will win. If two or three sections are drawn, you will win two or three times on the same night. For example, let’s say we are betting one dollar on each of the following three Pairs:

If the number 128 were drawn, then we would win on our FRONT PAIR 12. If the number 123 were drawn, we would win on all three bets because all three of our PAIRS are correct. And remember, since this is a progressive wagering system, we may be making multiple bets on each of our PAIRS. For example, according to the actual schedule included with the system, if this were our 14th day of betting and the number 123 were drawn, then we would win three times on each pair for a total return of $450.00. Imagine, $450.00 worth of winning tickets in just one night while playing PAIRS!!! And the returns get even higher than that because of the unique version of compounding which I mentioned earlier; but you can only learn about that by ordering the system. If you are a Pick-3 PAIRS player, then I urge you to order a copy of SUPERPAIRS. This is the most in depth and complete system available for this bet format, and it can show you how to turn the standard Mickey Mouse payoffs in this game into potentially substantial profits. I invite you to join me as I turn simple PAIRS into CASH with my red hot PICK-3 SUPERPAIRS System.