As most of you have undoubtedly already heard, I have again made Lottery history. The recent use of my new CASH OVERLAP system against the New Hampshire Lottery’s Pick-3 game received quite a bit of publicity...and for good reason I might add. As far as I am aware, no one else has ever won $100,000.00 on a single Pick-3 number in one night. Well my friends, that’s exactly what I did on October 28th, or perhaps I should say, that’s exactly what my amazing new CASH OVERLAP system did for me!

This was the very first time that I used this system with real dollars in a live State Lottery Pick-3 game, and it proved itself to be everything I claimed it to be and more. In just 21 days (yes, three short weeks), I turned a starting daily wager of just $36.00 into a total whopping windfall of $108,000.00. That’s right, I won one hundred and eight thousand bucks in twenty-one days playing the New Hampshire Pick-3 Daily Numbers game. Am I happy? You bet! Is there a big pile of cash sitting in front of me? There sure is! But the best thing of all is knowing that I am now able to show all of my friends out there how to do the very same thing. Very soon, you too could have a big pile of cash sitting in front of you as well. As I have told all of you so many times before, I love winning, but what makes me really happy is when you guys cash in the big money tickets with me. That’s the satisfaction that proves to me that all of my hard work is worthwhile. 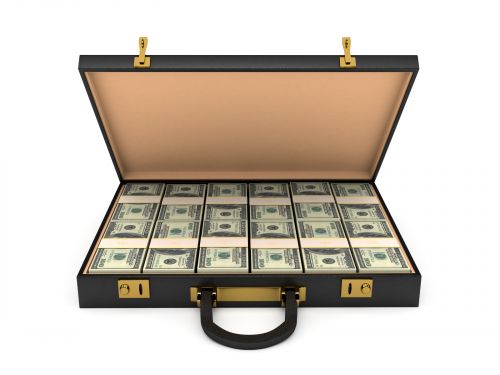 I had been playing this system on paper in every state's Pick-3 game in the country for several months with tremendous success. When I took the system and its results to my publishers, they said, “It looks great on paper, but how do we know it will work with real dollars?” I was more than a bit put off by their reaction, and admittedly, I became a little bit “huffy.” Actually, I was truly insulted by their skepticism. They told me that, “It sounds too good to be true, Steve. If this system can do what you are saying, then it will change the way people play the Pick-3 game forever.”

That was when I made a very profound statement. I said, “Listen, if there was a Nobel Prize awarded for Lottery systems, then my CASH OVERLAP would surely win it hands down.” Everyone at the table raised their eyebrows and I knew I had finally gained their attention. I then made the following offer. I proposed that I would play the system for 1 month or less and that I would guarantee them that I would win $58,000.00 or more. The eyebrows around the table went even higher and I knew that the challenge had been both issued and accepted. I walked out of the room with my system in my hand saying, “See you in 30 days.” As I was driving home that day, there was not a single bit of doubt in my mind as to whether or not I could meet the challenge. I knew that I could because I had already run exhaustive tests on this system throughout the country. Anyone who knows me will tell you that I will not make a claim until I am 100% certain that I can back it up. It was October 8th, 2003, and when I got home I opened the system up and did the workout for the New Hampshire Pick-3 game. That evening I won $3,000.00 on a $36.00 wager. I slept like a baby that night and woke up the next day to do the workout again. The next evening, October 9th, I won $2,000.00.

On October 29th I called another meeting with my publishers and sat down at the very table I had stormed away from just 21 days earlier. All the same people were there and they all had funny smirks on their faces. I guess they figured I was there to tell them that the system wasn’t quite as good as I had claimed it to be and that I was not able to win the $58,000.00 that I had assured them I would win within 30 days. Suddenly the biggest “smirk” of all was on my face as I tossed an envelope onto the middle of the table. One of the “raised eyebrow” folks opened the envelope and everyone else leaned forward to see the contents. When it became clear that the envelope contained 9 checks from the New Hampshire State Lottery totaling $108,000.00 for 21 days of using my CASH OVERLAP system, all of the raised eyebrows were immediately replaced with dangling jaws.

You should have been there, it was a beautiful sight to behold. Suddenly it seemed that I was held in high esteem again. Everyone was congratulating me and telling how amazing the CASH OVERLAP system was. The funny thing was that they were not telling me anything I did not already know. But they wanted proof, and it was proof I gave them.

Enough about what this system did for me. Let’s talk about what it can do for you by taking a closer look at how the CASH OVERLAP system actually does its magic. When I mentioned earlier that this system is worthy of the Nobel Prize, I was referring to the revolutionary “OVERLAP” wagering structure that it uses. No other system has ever used this approach to win the Pick-3 Daily Numbers game before. I know that because I am the one who invented this process just a few short months ago. Here’s what the OVERLAP structure does. To use this system you must start with a daily wager of $36.00. You will be playing your Pick-3 numbers in straight (exact order) form for $1.00. Given that information, you are probably thinking that you will be playing 36 different numbers. WRONG!!! You will actually be playing only 16 different numbers. That does not make any sense, does it? 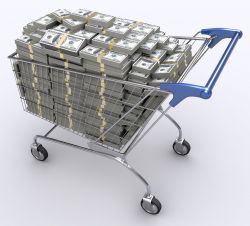 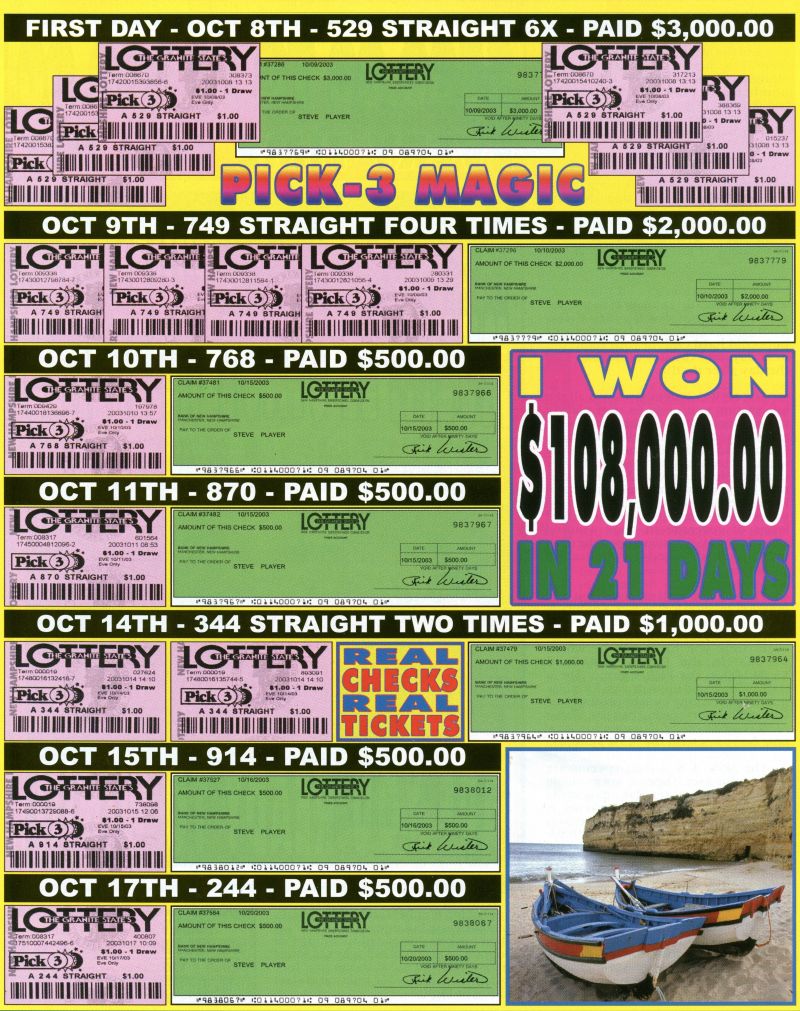 Now let’s examine what happened here. In 10 days, using the CASH OVERLAP system, I hit the winning Pick-3 number seven times. If I had been playing just a $1.00 bet on each number, then I would have won $3,500.00 for my seven hits. By using the OVERLAP structure, I was able to win $8,000.00 for the same seven hits!!! No, it only looks like magic! It’s actually just an incredible new way to win lots of money in your state's Pick-3 Daily Numbers game.

Many people play straight Pick-3 numbers for months at a time hoping to win a measly $500.00 now and then. How much fun can that be? Not much, and it doesn’t do much to fatten your bank account either. I much prefer to have multiple winners each week, and more importantly, I prefer to win more than just $500.00 a pop. The idea of wagering $36.00 a night to win either $1,000.00, $2,000.00 or $3000.00 for each hit really appeals to me. If I win only $500.00 on a number from time to time, that’s all right too, just as long as the bigger hits keep coming. Those one, two and three thousand dollar wins just seem to spoil you very quickly. 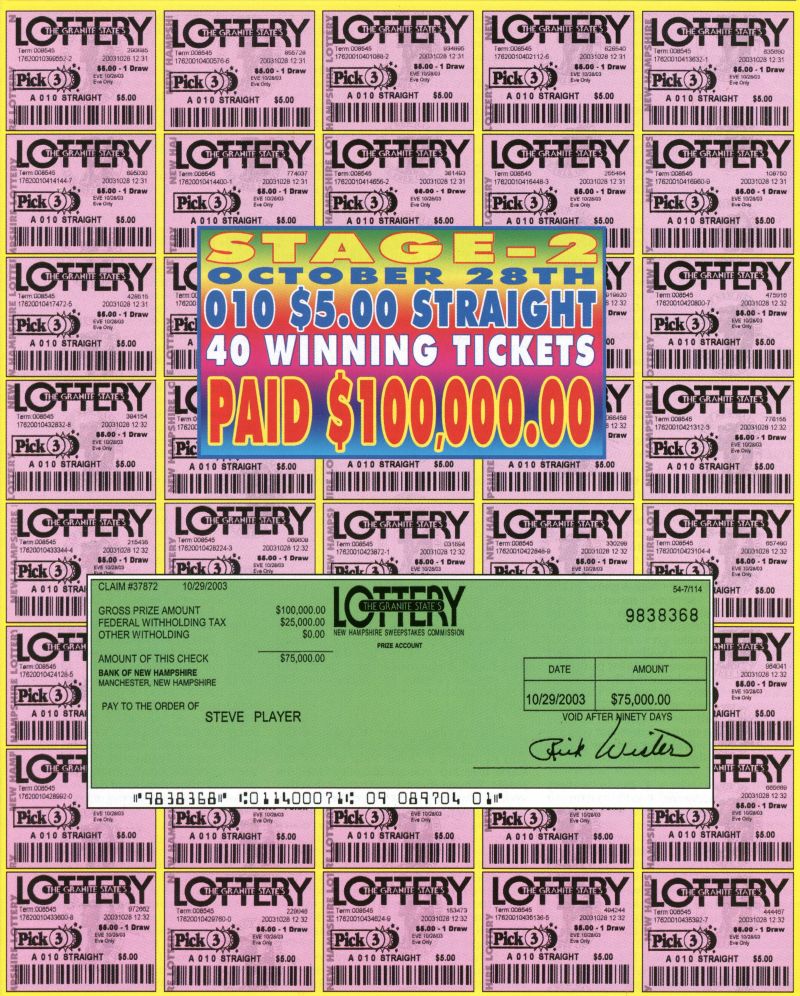 Using the CASH OVERLAP system is almost like having a key to the State Lottery vault. When you cash in your first $50,000.00 or $100,000.00 check you will think that your dreams have come true. Some dreams aren’t even worth dreaming because they will always be dreams. Dreaming of winning $50,000.00 to $100,000.00 in the Pick-3 game is a dream that is worth dreaming. The Cash Overlap system is ready to help you realize that dream, just like it did for me.

This system can be used successfully in every Pick-3, Play-3 or Win-3 game in the country. It can be used for both Midday and Evening drawings. To use the system you will need to fill in your game's past results on the workout sheet. You will then fill your new numbers onto the OVERLAP GRID which will then give you your 16 Pick-3 numbers to play for the next drawing. It will also show you how many times to play each of those 16 numbers. Keep in mind that your daily playing cost for the 16 numbers is only $36.00 during STAGE 1. Once you move to STAGE 2, you will no longer be taking any money out of your pocket. All of your wagers will be paid for by your previous winnings.

By now you are probably waiting to hear how expensive this system is and how few copies will be sold. Guess what? You are right on both counts. The Cash Overlap system will be sold in extremely limited numbers to a small group of registered players. In fact, some states are limited to as few as 5 total copies. This will be the most limited offering of any system I have ever released. Why am I doing this? The simple truth is that there is only so much money to be won in the various states' Pick-3 games. This system is not designed to win a few hundred dollars from time to time. As you can see from my own winning tickets and checks, the CASH OVERLAP system aggressively goes after the State Lottery’s prize pool and it can literally beat the house. If too many people start cashing in these huge windfalls, the states will have no choice but to alter the payout structure, which would mean less money for the winners. By limiting the number of systems sold in each state, we are protecting the best interests (and profits) of the registered players using this system.

There is no other system out there that can methodically turn a $36.00 daily investment into a $108,000.00 windfall in the Pick-3 game in such a short period of time. Many people play their own Pick-3 numbers and hope for the best, but the best just never seems to come through. In the end they end up with a handful of losing tickets as they head towards the end of the month when the bills are due. Wouldn’t you rather welcome the end of every month knowing that the bills are paid and you still have pockets full of cash. If you are serious about your playing then I urge you to take advantage of this offer and put the CASH OVERLAP system to work for you. You just might end up with a whole new problem: how to spend all of the money that you win!!!