The GRAVY TRAIN has just pulled into the station, and I want to invite all of you to jump aboard and join me as I continue to cash in big with my PICK-3 BULLSEYE winning system. It has literally been raining money for me and the many players who have been using this incredible in their State's Pick-3 game. On May 17th, 2015, I won $40,000.00 in just one day playing the number 077 straight. In fact, in just two months, the PICK-3 BULLSEYE system has allowed me to pick a total of 17 straight Pick-3 winning numbers in my State's game. YES, 17 STRAIGHT HITS IN 60 DAYS! How much I have won? I'll let you guys do the math, but I will tell you that the total keeps going up because this system just keeps on winning more money for me all the time!!!

Now for the best part of all: The PICK-3 BULLSEYE system is a SUPER EASY 3 STEP method that actually works backwards!!! That's right, I said backwards. Instead of trying to pick the winning number out of 1,000 possible straight numbers every day, this system can actually eliminate 993 of the numbers you should NOT play!!! That leaves you with just 9 of the highest probability numbers to play...and the winning results of this approach certainly speak for themselves. This truly is a revolutionary new winning technology my friends!

Here's how the 3 STEP method works. In STEP 1 you simply choose whether you want to play the NO MATCH (123-437) or DOUBLE (112-447) numbers. In STEP 2 you will pick a NUMBER TYPE, and in STEP 3 you will select just one single digit. It does not matter if the digit you choose is drawn as the first, second or third digit. As long as the number drawn contains that digit, and your STEP 1 and STEP 2 choice was correct, you will win your States PICK-3 game in STRAIGHT FORM...which we all know pays $500.00 for every dollar you wager on the winning number!

This system was first released to my system testers last year and they absolutely loved it. I then offered a limited number of systems to my Premier customers, and again, they raved about the results which they experienced in their State's games. Now I am ready to release the system nationally, and I know that players around the country will soon be cashing in record numbers of straight winning Pick-3 tickets. Think about this: Your very first Ready-To-Play winning number will more than pay for the entire system. After that, you can continue to win and ride the GRAVY TRAIN for many years to come!!!

I have won a considerable amount of cash in a very short period of time, and it was the PICK-3 BULLSEYE system that made it happen. If you want to put the Pick-3 Bullseye system to work against your game, then I urge you to order your copy today! If you want to see what winning $40,000.00 in one day looks like, take a look at my winning tickets and big Lottery checks shown below. If you are ready to win your State's Pick-3 game with the amazing Bullseye system, you can find the ordering link at the very bottom of the page. 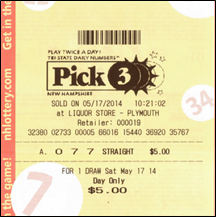 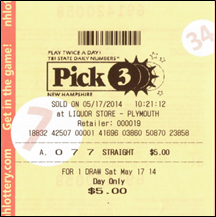 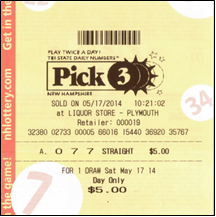 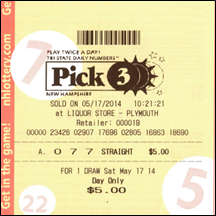 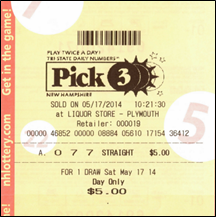 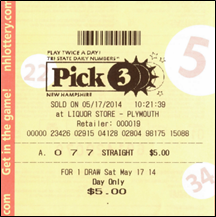 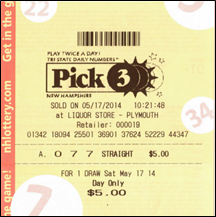 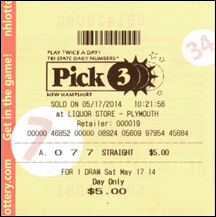 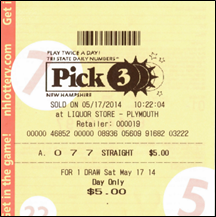 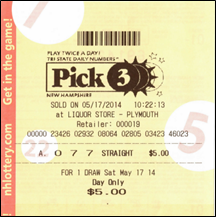 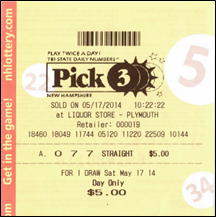 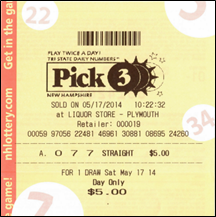 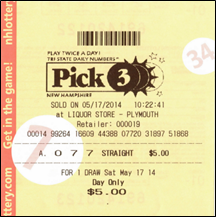 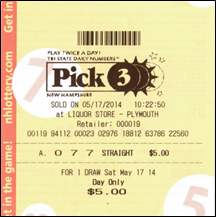 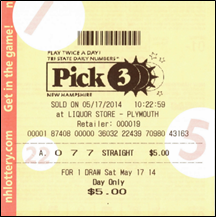 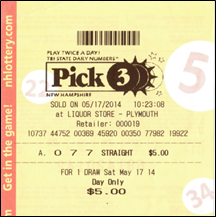