every time you hit!

Are you ready to win?

This is the proven way to cash in big money STRAIGHT (Exact Order) winning tickets in your States Pick-3 and Pick-4 games. Now you can create custom wheels to cover any amount of digits in each position, quickly and effectively. Many players win the very first time they use the Multiple Stage Wheeling system! Just imagine using a winning system that costs only $39.95 to win $500.00 or $5,000.00 over and over again. Now stop imagining and start winning!!!

The MSW system stands for MULTIPLE STAGE WHEELING, and it is one of the most effective methods that Steve Player has ever created for playing straight three and four digit Daily Numbers. The power of MSW lies in its ability to allow you to select the exact level of coverage that you need to cash in on straight numbers in your Daily Numbers games.

Think about all of the times you have worked out your numbers using charts and systems, only to find that when the winning number is drawn you only missed by one digit. While you may feel good about getting so close, your pocketbook is just as empty as it was before the numbers were drawn. Face it, in order to feel really good, you need to have the same numbers on your ticket as the numbers that were drawn; not just some of them, but all of them. GOOD is what you feel when the Lottery agent puts cold hard cash in your hand the next day, and the day after that, and the day after that!!! 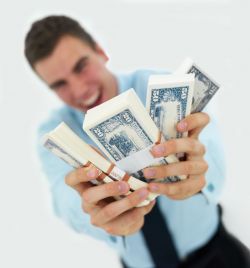 The MSW-3 system gives you all the information you need to start playing straight three digit combinations with amazing accuracy, plus all of the tools you need to custom design any possible special wheeling system you could ever imagine. No single wheeling system is right for every drawing, night after night. Depending on the current trends and patterns in the game, you need different levels of coverage in your winning arsenal. The MSW systems open the door to unlimited special application coverage.

The MSW-4 system gives you the same information for the Pick-4 numbers game. And remember, since the MSW systems deal with straight numbers only, every time you hit it will be worth $500.00 in the Pick-3 game and $5,000.00 in the Pick-4 game. These systems are based upon proven formulas that have been long used by professional Lottery and Horse racing players. These secrets of successful wagering can now be yours with the MSW systems.

The choice is yours. If you are using a system that works, then stay with it. However, if you are losing more than you are winning, then maybe it’s time to try a new approach, one with a proven track record, designed by the most successful Lottery expert in the country. For only $40.00 you can put these systems to use immediately. Most players lose more than that much every month playing non-winning numbers and using systems that come close but never really put cash in their pockets. Instead of spending that money on losing numbers, why not invest it in a system that could change your luck for years to come! Order today and start cashing in big!!!