When it comes to easy to use Pick-3 numbers systems, everyone loves Steve Player's original LUCKY-7 SYSTEM. Not only has it been one of our most popular products, but many people will tell you that the original LUCKY-7 system single-handedly launched the Lottery System revolution. The LUCKY-7 system guarantees that you can win as much as $7,000.00 in seven days by picking only one digit correctly in the Pick-3 game. In other words, if the number 123 is drawn, and you picked either the 1, the 2 or the 3, you will win using this system. Very simple and very profitable. No wonder over 60,000 copies of the LUCKY-7 system have been printed and sold in the last twenty years. 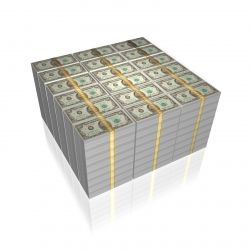 The only drawback to the otherwise great LUCKY-7 system is the fact that numbers containing a repeated digit (112 - 223 etc.) are not covered. While many players have found their own ways to work around this annoyance, we have gone one step further: WE HAVE ELIMINATED IT!!! Introducing the brand new LUCKY-7 PLUS. Not only does this new version of one of the best systems of all time eliminate the problem of covering repeated digits, it also increases the win potential. Instead of winning as much as $7,000.00 in only 7 days, LUCKY-7 PLUS guarantees that you can win $11,700.00 in only seven days, and all you have to do is pick one digit correctly each night. That's what I call a major improvement in both coverage and return potential. I have been tinkering with the LUCKY-7 System since I first introduced it, but as the old saying goes “If it ain't broke, don't fix it!!!” Well, it certainly wasn't broken, but everything can be improved, and that's exactly what the new LUCKY-7 PLUS is all about.

Whether you are already a user of the original LUCKY-7 system, or you are new to the Pick-3 game and searching for a great system with a proven track record, the LUCKY-7 PLUS system can steer you into the winners circle in record time. Nothing is more fun than winning the Pick-3 Daily Numbers game. In fact, with many states now holding both Midday and Evening drawings, you get to have twice as much fun and win twice as often!!! Playing with the advantage of a winning system by your side is the best way to turn your Numbers playing hobby into a profitable venture.

The LUCKY-7 PLUS system gives you absolute full coverage of all no-match, double and triple numbers. Plus, it even includes a great new progressive wagering schedule that increases your potential return to $11,700.00 in only seven days. And for the budget minded players (aren't we all?), you can still use this system with a total investment of as little as $18.00. Thousands of players just like yourself have used this amazing system to win countless thousands of dollars. It just keeps on winning and making players all around the country smile on a regular basis. If the world famous Lucky-7 system has made you a winner, then stick with this winning formula by moving up to the next level...ORDER TODAY!!!