P-BALL or MEGA-MILLIONS - Which Game Is Better? 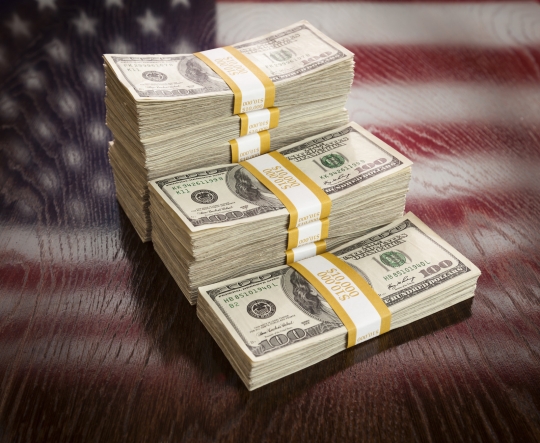 WHICH GAME IS BETTER

The two consistently largest Jackpot offerings in the United States are indisputably the Powerball and Mega Millions games. Both of these games come with odds of approximately 300 million to 1 and both are capable of tendering Jackpots up to $1 Billion or more. Many players have asked me “which of these games should I play?” In order to properly answer that question, we have to take a closer look at exactly what these two games, both of which are competing for our Lottery dollars, are actually offering us in the way of potential returns for beating astronomical odds.

There is no question that winning the Jackpot in either of these formats represents a life changing experience for the holder of the winning ticket. As an example, right now the Powerball Jackpot is $116 Million while the Mega Millions Jackpot has climbed to $109 Million. Based on these numbers alone, many people would certainly opt for the Powerball game based entirely on the higher posted Jackpot. In my opinion, this really should not make a difference. The fact of the matter is that winning anything over $20 Million will allow most people to live a very comfortable life without ever having to worry about money again. Do you think that if you won the $109 Million Mega Millions Jackpot you would spend the rest of your life depressed that you missed out on the $116 Powerball Jackpot? I think not! The point is, anything over $20 Million is grounds for immediate retirement, a vacation, a new house, a new car (or three) and some sizable cash gifts for your family members.

There are many people who will only play these games when the Jackpot climbs over $300 Million. Personally, I find this approach both confusing and quite amusing. What these players are basically saying, is that the concept of winning ONLY $100 or $200 Million is simply not appealing enough! Nope, it has to be over $300 Million or it is not worth the effort or the investment of $2.00. Perhaps I might someday actually understand the logic in that way of thinking, but for now, I would be more than happy to cash in my winning $50 Million ticket and spend the rest of my life smiling and being very thankful.

But there is more to these games than the Jackpot alone. Let’s face it, most of us will never experience the joy of winning a Powerball or Mega Millions Jackpot; the odds of winning the first prize are simply too high. Yet there is still a lot of money to be won for matching just some of the winning numbers. By understanding the different prize levels which are offered by these two games, it quickly becomes apparent which game is the better value, and consequently, which game offers the better potential return for long term players.

Let’s compare the various lower tier prize levels of these games on a side by side basis. To begin with, both games carry a playing cost of $2.00 per game, and since the odds in both games are essentially the same, this presents us with a virtually equal, and therefore fair, comparison. Secondly, both of these games offer the option to multiply your prize for an additional dollar. In the Powerball game this is called the POWER PLAY option, and in the Mega Millions game, it is called the MEGAPLIER option. It is here, within these multiplier options, that we find two very big differences in our games. While the POWER PLAY option in the Powerball game can increase your prize amount by 2X, 3X, 4X, 5X or 10X, these multipliers only apply to prizes up to 4 numbers right plus the Powerball number.  If you hit all five primary numbers right in the Powerball game with the POWER PLAY option, you are only eligible for the 2X multiplier option. I will explain this in greater detail in a few moments. Also noteworthy in the Powerball game is that even though it is the only game to offer a 10X multiplier option, we rarely ever see the 10X payout.

The MEGAPLIER option in the Mega Millions game can increase your prize amount by 2X, 3X, 4X and 5X and, in this game, the multiplier applies to all prizes up to 5 numbers right. As you will soon see, this can represent a Multi-Million dollar difference in your payout for matching 5 numbers right.

On two separate occasions, I matched four numbers plus the Mega Ball number in the Mega Millions game, and both times, I won $50,000.00. Had I hit the same prize level in the Powerball game, I would have won $250,000.00, twice! The way I see it, I would have won $400,000.00 more had I been playing the Powerball game instead of the Mega Millions game. Did this make me switch games going forward? I’ll answer that question in a few moments!

First, let’s take a look at the payout for matching five numbers right. As I explained earlier, the Powerball game caps the multiplier at 2X for this prize level. Therefore, the maximum payout for hitting five numbers right in the Powerball game is fixed at $2,000,000.00. In the Mega Millions game, when you hit five numbers right with a 5X MEGAPLIER, the payoff is $5,000,000.00. Now we are getting into the realm of life changing payouts, and the difference between potentially winning $2 Million and potentially winning $5 Million is rather significant.

In my opinion, this makes a strong case for the Mega Millions game prize structure being the superior overall offering. The odds of matching 5 numbers right in either game is roughly 12 million to 1, so we do in fact have a very fair comparison. If you match 5 numbers right in the Powerball game, you will always win exactly $2 Million, not matter what the POWER PLAY number is. In the Mega Millions game, you are guaranteed to win at least $2 Million for matching five numbers right, however, depending on the MEGAPLIER number, your prize could also be $3, $4 or $5 Million.

So which is the better game to play? My vote goes to the Mega Millions game, unless of course the Powerball Jackpot is over $300 Million, in which case I would play both games (just in case)!!! My advice to both Powerball and Mega Millions players is to always use a proven winning system to select your numbers. By applying a structured analysis to your number selection process, you are far more likely to cash in on consistent lower tier prizes while chasing the big money Jackpots. The two systems which I most highly recommend for tracking and playing these games are the PAYDAY-5 SYSTEM and the EUROPEAN POWERLINK SYSTEM, both have which have rewarded my customers around the country with many winning tickets.

If you would rather use my Ready-To-Play numbers to chase the Jackpot in these games, then I invite you to try my MAXCASH PLAYLIST numbers or join the MILLION DOLLAR CLUB. As a member you will get exactly 45 Powerball or Mega Millions combinations to play each month. To date my selections have missed the Jackpot by just one number on three separate occasions. It's just a matter of time until I land the big one, and as a Million Dollar Club member, you too can have the winning Jackpot combination when I strike gold!!!