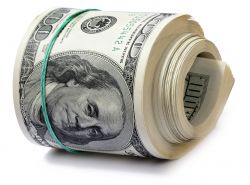 Back in the early 1980’s when I first began my Lottery career, I met a very interesting Lottery player by the name of Nick who totally changed the way I looked at the Pick-3 game. Nick was a burly presence, born and raised on the streets of Brooklyn. An avid player of both the “street” numbers game and the NY State Lottery Pick-3 game, he was a colorful local fixture whose arrival was always preceded by the long hood of his beloved Lincoln Town Car. It was never totally clear what Nick did for a living, and I didn’t dare ask, but judging from the fist sized roll of hundred dollar bills always bulging from his front pocket, I assumed that he was somehow gainfully employed!

There was a lot more to old Nick than just cash and flash, in fact, he was widely known as the King of the Pick-3 game. Everyone knew that Nick was onto something, and rumors of his “winning system” were the stuff of legends. One night, while betting on the horses at the local harness track, Nick decided to take me under his wing, so to speak, and proceeded to reveal his winning system to me. That was over 30 years ago, and to this day, I still use his formula on a regular basis. How good is the system? Let me put it this way: I can go to any Lottery State in the country and use the NEW YORK NICK system to cash in straight Pick-3 tickets. Yes, this system can win any State’s Pick-3 game, and I am about to teach you how to use it to do exactly that in your game!

I amazes me that many players have never cashed in a straight Pick-3 ticket, but it really is their own fault. The problem is that most people play the same number everyday. They may pick their number out of a hat, or play their birthday, or area code or street address or use a thousand other ways to come up with a Pick-3 number. I have seen people play the same number for many years and never experience a win. The problem here comes down to simple math. There are 1,000 possible straight numbers in the Pick-3 game. Ideally, each of these numbers should be drawn once in every 1,000 days, but things don’t always work out ideally. And that, my friends, is why you should never chase a single number.

If you were to play all 1,000 of the possible numbers in the game on any given day, then you certainly would be guaranteed to win the game. The only problem is, that since the odds are stacked 2 to 1 against the player, you would only win $500.00 after buying $1,000.00 worth of tickets. If you were to play just one number each day, for 1,000 days, there is a chance that you might win, but again, chasing a single number for 1,000 days will cost you $1,000.00 and you only MIGHT win $500.00. Again, this is a losing proposition, even though this is how the majority of people play.

Now let me show you a better way approach the game. If you were to play 10 numbers each day, for 100 days, you would still be spending $1,000.00, but you would have ten separate chances to win each day. You may think that this approach will again set you up to spend $1,000.00 to win only $500.00, but when you use the NEW YORK NICK formula, you will actually be guaranteed to make a profit every time one of your ten numbers comes up during the 100 day play period. In fact, Nick’s system allows you to play for a total of 103 days, assuring that just a single hit during the 103 days will always bring in a positive profit.

Are you ready to learn how this winning formula can be applied to your game? What I am about to teach you is how to use Progressive Wagering Insurance to cover any 10 numbers you want to play in your State’s Pick-3 game for 103 days with a guaranteed profit when one of your numbers hits. This formula is designed to be used in States that offer the National average $500.00 payout for a $1.00 straight (exact order) Pick-3 wager. If your State offers a different payout, or if your State pays prizes on a pari-mutuel basis, then you will have to adjust the formula accordingly.

You will start out playing each of your 10 numbers for $1.00 straight. This will cost you $10.00 a day. Each row of the wagering schedule shown below tells you six things: First it tells you the “DAY OF BET.” Next it tells you how much to “BET PER NUMBER.” Then it tells you how much your “TOTAL DAY BET” will be for each day of the 103 day wagering cycle. It then gives you the “TOTAL INVESTED” amount, which is how much money you have wagered on your 10 numbers to date. It then tells you what the “RETURN FOR HIT” will be if one of you 10 numbers is drawn. The final column of the schedule tells you your “NET PROFIT,” which is how much money you will actually win after deducting the total amount you have wagered to date.

It is important to understand that the success of any system is totally dependent on the quality of the numbers that you play. Your 10 selected numbers should always be based on an analysis of the past results of your game, and you can change your ten numbers anytime you like during the wagering cycle based on a the current patterns and trends in your particular game. You may also elect to play the same 10 numbers for the entire 103 day wagering cycle. If you do this, you will essentially be placing 1,040 wagers over the course of 103 days in a game that offers odds of 1,000 to 1. This is excellent coverage, and it represents a far better approach than chasing a single number for 1,000 days. Each time you win with a successful wager during the 103 day period, you can simply start again at the DAY 1 level.

As I said earlier, I can use this formula, in conjunction with my analysis tools, to win any State’s Pick-3 game. I have been doing this for a very long time and have become very good at it. While the various Lottery States go to great lengths to maintain that the outcome of the games is strictly random, the use of technical analysis has proven to be a successful way to beat any State’s game time and time again. These days I use this approach to win much higher returns by simply increasing my initial wager. For example, instead of playing each of my 10 numbers for $1.00 straight on DAY 1, I may play each of them for $10.00 straight. That means a win on the first day is worth $5,000.00 and my net profit would be $4,900.00. If I do not win during the first 49 days, then I increase my wager to $20.00 on each of my 10 numbers on the DAY 50 and so on. I do not suggest that novice players place higher wager amounts until they are comfortable with the system and have won multiple times at the basic level. Only after playing, and winning, at the basic level for several rounds, should you choose to increase your initial wager amount. If you elect to do this, be sure to only place your wagers using your previous winnings.

I do need to warn you that if you do not have a successful hit during the 103 day insured period, then you stand to lose your entire 103 day investment of $1,990.00. With that in mind, I always advise you to wager only monies which you can afford to lose. If none of your 10 numbers are drawn during the 103 day wagering period, then you seriously need to adjust your selection techniques. I hope that you liked this FREE system and that it leads you to many winning tickets, and please remember to always have fun when playing the Lottery games!!!

If the NEW YORK NICK system has you excited, but you need help picking your 10 numbers to play, then take a look at my SIMON SURROUND winning system. It uses the last number drawn in your State to give you 10 high probability numbers to play for the next drawing. Click on the link below to learn more about the proven SIMON SURROUND system.