HOW TO WIN THE LOTTERY IN 5 DAYS OR LESS! 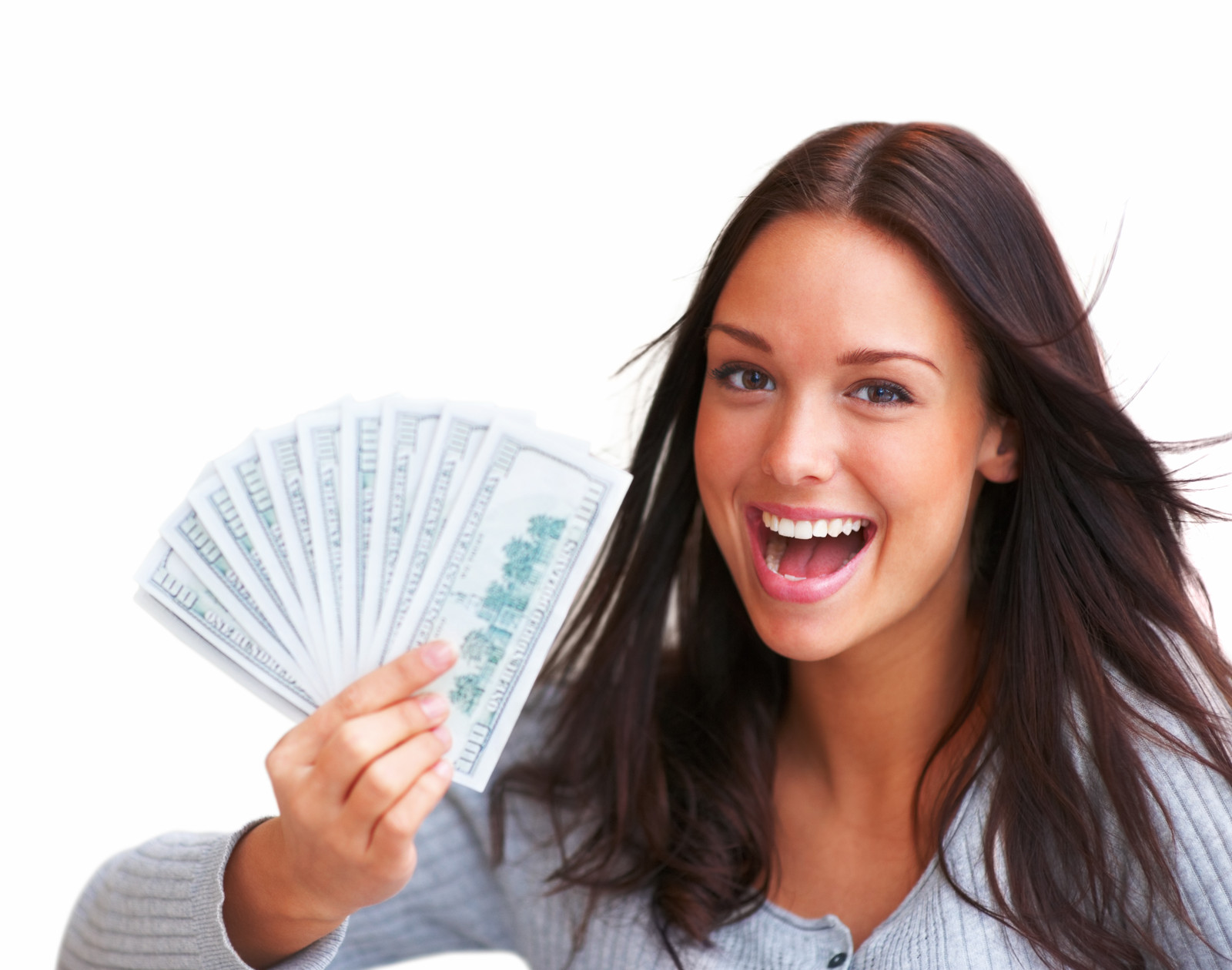 HOW TO WIN THE LOTTERY

If you want to win your State's Lottery games, then you've come to the right place! I have been playing and winning the Lottery games for 37 years, and the question I hear most often is "How can anyone be so lucky?" Well, I hate to burst everyone's bubble, but luck really has nothing to do with it, especially in the easy odds Pick-3 and Pick-4 games. Consistent winning comes down to understanding the averages, which in the Lottery games, are dictated by the laws of probability. For those of you who remain skeptical, I offer you the following example which I call "The Denver Principle."

The Denver Principle is a measurement of how many days of sunshine the city of Denver receives every year. Based on historical data for the past 100 years, the city of Denver sees sunshine an average of 70% of the time. This translates to a simple average of 255 sunny days a year versus 110 cloudy days a year. Let's say that you live in Denver, and every day you bet your neighbor $1.00 about the next days weather. You would always bet that the next day was sunny and your neighbor would always bet that the next day would be cloudy. Based on the average of 255 sunny days, you would win $255.00 and your neighbor would win $110.00. That means that at the end of each year you would make an average profit of $145.00. No luck involved!

Now let's make things a little more interesting. Let's say it is November 30th and Denver has already seen 255 days of sunshine this year. At this point you would have won $255.00 and your neighbor would have won only $79.00. My advice, since Denver has already achieved its statistical norm by November 30th, would be to not bet against your neighbor for the entire month of December. This way, your profit for the year would be $176.00 which is already better than your expected average. Again, no luck involved!

But wait, there is even more money to be made from your clueless neighbor!!! Let's say that by November 30th we have only seen 224 days of sunshine. This is actually 10 days less than the expected average. Ideally, we should now see 31 days of sunshine for the month of December. While that is possible, it is highly unlikely, however, the concept that we should see 70% of the days in December be sunny is still very valid, especially since we are down from this average for the year. At this point I would tell my neighbor that I want to up our wager to $10.00 per day for the entire month of December. If we do indeed hit our 70% expected average of sunny days for December, then I would win $220.00 in December and my neighbor would win $90.00. That brings our yearly tally to $444.00 for me and $200.00 for my neighbor, or a $244.00 overall profit for the year. Again, the only luck involved is that my neighbor still has money that he is willing to lose to me!!!

The point of all this is that by wagering on known averages, I am able make a profit each and every year wagering on the weather in Denver. The Lottery games work the same way. While the State Lottery is by no means clueless, they also survive by playing the averages. In their case, they know that most players do not understand or track the activity in the game. Basically, the Lottery looks at the players as clueless neighbors, and because of that, they rake in a large profit each and every year. However, some of the players, like myself and those who use proven winning systems, can turn the tables on the State Lottery by playing the averages and making a profit for themselves. Let's take a look at how this works.

Let's say that you are playing your State's Pick-3 Evening game for a period of 100 consecutive drawings. Each day the State Lottery draws three numbers, therefore, a total of 300 total numbers will be drawn during the 100 draw period. The laws of probability tell us that on average, each digit, zero (0) through nine (9) should ideally be drawn 30 times. It may not be exactly 30 times, but it will be close. In fact, the more draws that you track, the closer to the ideal average these individual digit totals will match. Therefore, if at the end of 80 drawings the digit zero (0) has only been drawn 20 times, we can anticipate an above average amount of activity on the digit zero (0) during the remaining 20 drawings. Knowing this is how you win the game. It's not luck...it is merely inside knowledge.

Obviously, the example I have just given you is an over simplification. There are many factors aside from individual digit activity which you can track in your game, and the more factors you are tracking, the more information you have. For example, let's say that we know that the digit zero (0) has only been drawn 20 times in the last 80 draws and it has not been drawn at all in the last nine days. This makes it very overdue. Let's also say that the PAIRS 37, 08 and 49 are also very overdue. We could then combine these elements to create the numbers 037, 008 and 049. By doing this we are combining overdue factors and playing the averages which can increase our chances of winning exponentially. If one of these three numbers (037, 008 or 049) are drawn the next day, how much of it can be attributed to luck? Exactly NONE OF IT! If, however, you were driving home and saw the number 445 on your dashboard clock and you decided to play it on a hunch and that number was drawn, how much of it could we attribute to luck? All of it!

Now, think about how many times you played a number on a hunch, and how many times that number won and put money in your pocket. There is actually a simple formula that accurately tells us how many times a straight (exact order) Pick-3 number that we play on a hunch will actually come in. It is (1,000/1) or once every 1,000 draws on average. That means that in the long run we have to spend $1,000.00 to win $500.00 if we play blindly or based on hunches. That's how the State Lottery makes money - they know the formula because they built the game and established the odds that govern it.

I cringe every time I see people play this way, because in the long run, they will always lose money and the State Lottery will always make money. On the other side of the coin, players who use a proven winning system stand a much better chance of beating the odds and winning the games on a consistent basis. Think about the Denver Principle I presented earlier. The only reason I was consistently winning and my neighbor was consistently losing was because I had "KNOWLEDGE" and my neighbor did not. I knew the averages before I made my first bet, and because of that, my clueless neighbor kept my pockets filled with one dollar bills.

If you are a Lottery player who has never used a proven winning system, then you have nothing to lose and the world to gain. Playing the Lottery is a fun past time, but let's face it, we all play to win. If you are losing more than you win, then you are just throwing out your money. The way the games are designed, even if you play on hunches or pick your numbers out of a hat, you will still win once in a while. The Lottery games are designed to throw you a bone from time to time just to keep you hoping, wishing, dreaming and playing. That's how they make money. Even if you have been playing a couple of dollars a day for a year without a single win, you may hear about the guy down the road who won $5,000.00, and it keeps you going, hoping that you will be the next big winner. Did the guy who won the $5,000.00 beat the Lottery at their own game? Not really, because there are 100 players just like you who heard about it and kept playing because of the renewed hope that this player instilled in everyone. If those 100 players all spend a buck a day for another year, then the State Lottery will rake in an additional $36,500.00 after paying out a paltry $5,000.00 prize to the guy down the road. That's good advertising, and the State Lottery counts on this kind of psychology to keep all of the "hunch" players on board.

If you are tired of being on the losing side of the fence, simply feeding the State Lottery profit machine year after year, then I urge you to join all of the winners who have "knowledge" on their side. I have a simple proven system that is excellent for beginners and seasoned players alike. It is called the CASH KING WINNING SYSTEM, and it can show you how to win your State's Pick-3 or Pick-4 game in as little as 5 days. With over 40,000 copies in print, it is being used by players in every single Lottery State to capitalize on the knowledge of averages. You will be amazed at how much inside information you can see about your States game in just a matter of minutes. And you will be even more amazed when you see your daily wagers begin to pay you cold hard cash. Once you try it, I can assure you that you will never want to play without it.

I have personally cashed in over 72,000 winning tickets in my Lottery career and have won Millions of dollars. As I said earlier, there really is no measure of luck involved...just knowledge and good old fashioned ingenuity. Now I want to invite you to join me in the winners circle. The CASH KING system is hands down the most affordable and effective path into the world of proven winning systems. It is priced at just ten dollars, and players all around the country tell me that it was the best ten dollar investment that they have ever made. The choice is yours...continue playing the same numbers, or try my proven winning method. You will thank me not only the first time you win, but every time you cash in a winning ticket and feel the warmth and satisfaction that comes from stuffing Lottery cash into your pockets!!!

If you are ready to step up to even larger and more frequent winnings, then allow me to introduce the most celebrated Pick-3 and Pick-4 Lottery system of all time: The MONEY MAPS. This is the system that has shown the world how the games really work and how you can consistently beat them, no matter which State you play in. Every one of my Pro Player customers owns a copy of the Money Map, and none of them would ever consider playing without this incredible system. Once you begin using the Money Maps, you will immediately see all of the patterns and trends that are going on in your game at any given time. You will see exactly which numbers are overdue or overactive and you will be able to forecast winning numbers with alarming regularity. There simply is nothing else on the market that can compete with the shear power of this proven winning system. The Money Maps will turn you into an informed player and give you the inside knowledge that leads to a regular flow of winning tickets. It really is the "Holy Grail" of Lottery systems!

YOU TOO CAN WIN THE LOTTERY. Here are the links to learn more about the CASH KING and MONEY MAP Winning Systems and to order your copy today: