IT'S TIME TO WIN BIG!

I HAVE ALREADY WON A TOTAL OF 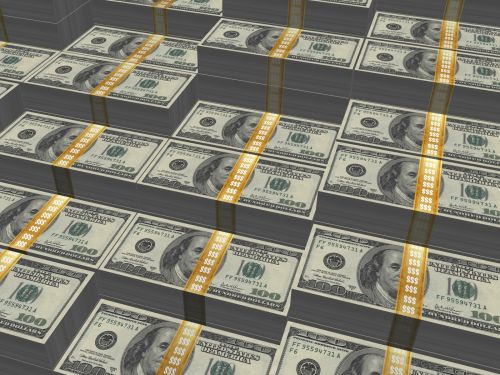 I'M ON A ROLL - I HAVE PERSONALLY CASHED IN 194 WINNING TICKETS WORTH $5,000.00 EACH!!! THAT'S NINE HUNDRED AND SEVENTY THOUSAND DOLLARS IN WINNINGS! Yes, I know how to do it, and now I am inviting you to join me and to win with me. IT'S BIG MONEY TIME!!! Just one hit every other month for the next year could show you $30,000.00 in winnings playing $1.00 straight bets!

When it comes to playing and winning with straight Pick-4 numbers, my track record most certainly speaks for itself. In fact, I don't think that there is any question that I have won more money playing straight Pick-4 numbers than anyone else in the country. But what really has me excited is that I have now refined my technique even further. That means more winning numbers, more often, for all of my best Pick-4 friends.

I would like to introduce everyone to my Pick-4 secret weapon. I call it PRO-4 EXACT and it is quite simply the most powerful and precise system ever developed for picking straight Pick-4 numbers. But best of all is the fact that I will send you exactly nine ready-to-play Pick-4 numbers for your States Midday or Evening game in straight (exact order) form every month. There's nothing to figure out, there are no workouts to do and there are no numbers to choose.

PAYS FOR ALL THE NUMBERS AND

ALL YOUR WAGERS FOR A FULL YEAR!

Please keep in mind that these returns are based on hitting just one winning number every two months!!!  Imagine the kind of money you could see with one winning number a month for a year. That's right...we would now be looking at over a half a million dollars in potential cash winnings in the next twelve months!

So where is the fine print you might ask? That's the point my friends, there is no fine print. This is as straight forward an offer as you will ever see. I will pick the numbers, the exact same ones I will be playing in State's around the country during the coming year, and you can play them too. Not only will you be playing the same numbers that I am playing, but I will also give you the nine numbers to play in order of preference. That means I'll list my hottest number first, then the next likely number and so on. This way you can play my top one or two picks for five or ten dollars each and the other seven numbers for one or two dollars each. I call that maximizing our profit potential.

THERE ARE ONLY 9 NUMBERS

If you are ready to move into the major leagues, then I urge you to sign up for a year of my PRO-4 EXACT numbers today. The price may appear high, but like most things in life, you do get what you pay for, and these are the best straight Pick-4 numbers I have ever made available.

Let me ask you a simple question: If I were standing in line right next to you at the local Lottery terminal, would you be willing to pay three bucks to see which nine Pick-4 numbers I was playing? Based on my track record, that might be the best three bucks you've ever invested. Well now you can do exactly that. One year of my PRO-4 EXACT numbers works out to less than $3.00 per day. I will again be traveling around the country this year, playing the very same numbers, and I plan to do a lot of winning. The only question that remains is whether you would like to join me!!!

This offer is being extended exclusively to my very best customers. PRO-4 EXACT is an extremely limited membership program, and I will only accept a handful of new members in each State on a first come, first served basis. This program is certainly not for everyone...it is for serious players who want to win serious cash playing my best straight Pick-4 numbers. If that sounds like you, then I welcome you to sit at the high stakes table with me and the other big money winners.

CHOOSE MIDDAY, EVENING OR BOTH BELOW

CANNOT BE COMBINED WITH OTHER