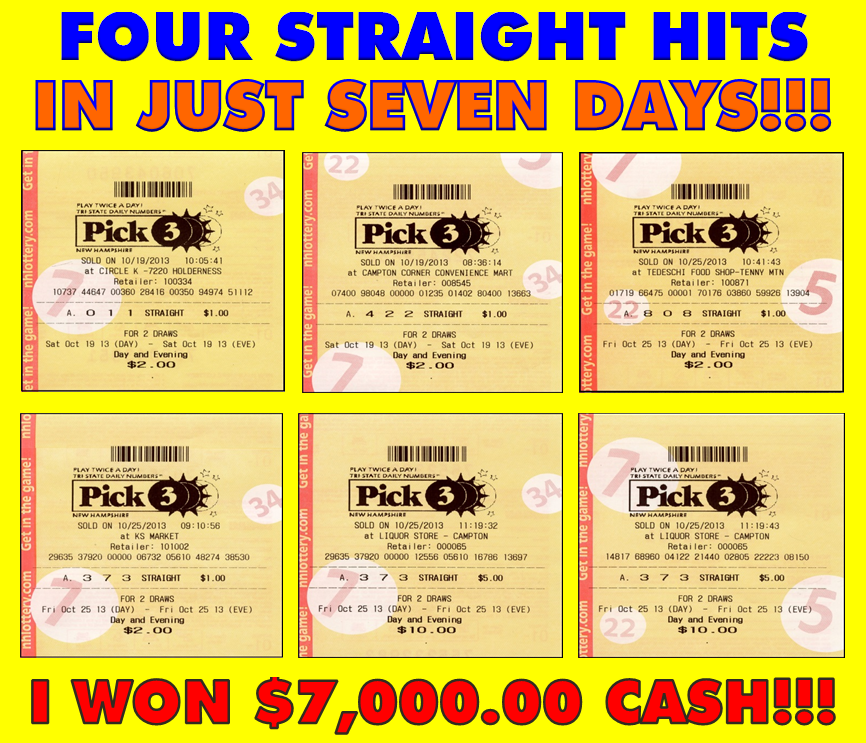 If you take a look at the tickets above you will notice that all of the numbers I won on were Double numbers, those which contain a repeated digit. This is the key to the HOTCASH winning system. I have developed a unique way to play, cover and cash in on these Double numbers and you are going to love the results. Best of all, this system works in all States Pick-3, Win-3 and Cash-3 games, for both the Midday and Evening drawings, and you can play your numbers in either boxed (any order) or straight (exact order) form. But wait, it gets even better!!! You can effectively use this amazing system to win your States game while playing only nine total numbers!!! You read that right, just nine numbers, and most importantly, the HOTCASH system uses your specific States past results to show you exactly which nine numbers you should play. 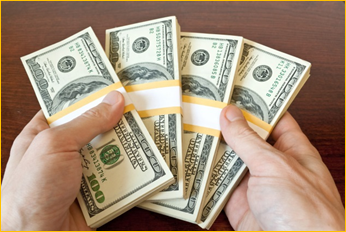 When was the last time you hit four straight Pick-3 numbers in just one week? Not recently? When was the last time you hit four straight Pick-3 numbers in one month? The fact is that many players don’t even hit four straight numbers per year. Well, my friends, all of that is about to change, very quickly. The HOTCASH system makes playing and winning the game easier than ever, and you too can find yourself cashing in big money winning tickets in no time at all. And please remember, once you start using this system, there is no limit to how many times you will win. As you can see, after just one week, I increased my wager from $1.00 all the way up to $10.00. After winning $500.00 three times, I had enough cash in my pocket to increase my wager, and my next hit was worth $5,000.00…and I am still winning with this system. Now it’s time to let the HOTCASH system show you how to cash in winning tickets in your State's game. This is the winning system that just keeps on giving you CASH WINNERS.